In the wake of cuts by the USA to UNRWA and other humanitarian agencies so important to Palestinians, The Catholic Near East Welfare Agency of Canada (CNEWA), has launched an urgent appeal to its Catholic donors.  Read more.

A Canadian Catholic humanitarian agency has launched a desperate appeal to its members to help alleviate the living conditions of 1.9 million Palestinians living in the Gaza Strip.

“Dear friend”, writes Carl Hétu, National Director of the Catholic Near East Welfare Agency of Canada, (CNEWA) to its thousands of members. “The situation in Gaza is very grim indeed. Palestinian families lack basic supplies such as food, medical supplies and drinking water. Your support is needed in order to prevent an even bigger crisis.”

CNEWA is a papal agency established in 1926 and dedicated to giving pastoral and humanitarian support to Northeast Africa, the Middle East, Eastern Europe, and India. It operates specifically in areas of concentrated mass poverty, war, and displacement, providing human dignity and addressing basic needs for vulnerable populations. 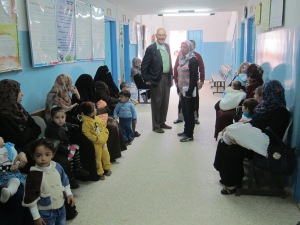 CNEWA is active in Gaza despite the fact that the Christian population of Gaza is tiny – only about 1000 or so!!

Because of its small size, the local church  depends on organizations like CNEWA to survive. Gazan Christians run several humanitarian institutions, including a hospital, a training school for young boys and girls, and a medical clinic for young mothers, which provide services to Muslims and Christians alike.

“Our Christian partners in Gaza say that the situation is now at its worst. And never have I seen people living in such despair,” reports Mr. Joseph Hazboun, CNEWA’s Jerusalem Director, who visited the Gaza Strip this spring.

All this has prompted the Canadian organization to launch an urgent appeal with the blessing of the Holy Father, Pope Francis.

“Will you join Gaza’s Christians in helping the poorest families?“, asks Hétu.