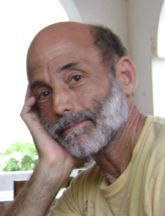 A legal case contesting the Liquor Control Board of Ontario’s right to market wine produced in illegal Israeli settlements in the West Bank as a “Product of Israel” was launched in 2017 by Winnipeg native David Kattenburg. Despite opposition by various pro-Israel organizations, the case is slowly moving forward. May 21 will be a significant date. CTIP interviews Kattenburg’s lawyer Dimitri Lascaris…..

A court case launched by Winnipeg activist David Kattenburg over the mislabelling of  some wines sold at Ontario’s Liquor Control Board, seems to be gaining traction. Kattenburg claims that wines labelled “Made in Israel” were in fact produced in settlements in the West Bank that the UN Security Council says are illegal. A pair of decisions this week have given Independent Jewish Voices (Canada) standing in court, while at the same time denying that standing to the pro-Israel lobby group Bnai Brith Canada.

The decision takes on even more significance because newly re-elected Benjamin Netanyahu has announced that he intends to extend Israeli sovereignty over the settlements in the West Bank. The UN security council has declared those settlements “illegal” and UN Security Council resolution 2334, passed in December 2017, called on all states “to distinguish, in their relevant dealings, between the territory of the State of Israel and the territories occupied since 1967.” Canada claims to support the Security Council resolution, while at the same time continues to market products made in those illegal settlements as if they were in fact, made in Israel.

CTIP interviewed Kattenburg’s counsel Dimitri Lascaris about the case. According to Lascaris, the Canadian bureaucracy (including the Food Inspection Agency) and the courts appear to be trying to do their jobs in a fair and balanced way, but have been subject to considerable political pressure from the Israel Lobby and the Trudeau government in order to protect Israeli interests.

The hearing will be held at the Federal Court of Canada at 180 Queen Street West in Toronto. Anyone who shows up at the courthouse to attend the hearing can go to the reception desk and provide the name of the case (Kattenburg v Attorney General of Canada). The hearing will likely begin at 10 am.

As explained in the interview, David Kattenburg has undertaken this court challenge at some personal financial risk and with no intent (or possibility) of financial gain. Financial contributions to support the case can be sent to Mr. Kattenburg by clicking on this dedicated GO FUND ME site.

David Kattenburg is a Winnipeg-based educator, journalist, activist and child of holocaust survivors. He has traveled to Israel/Palestine on a host of occasions, reporting for his Green Planet Monitor web magazine (www.greenplanetmonitor.net).