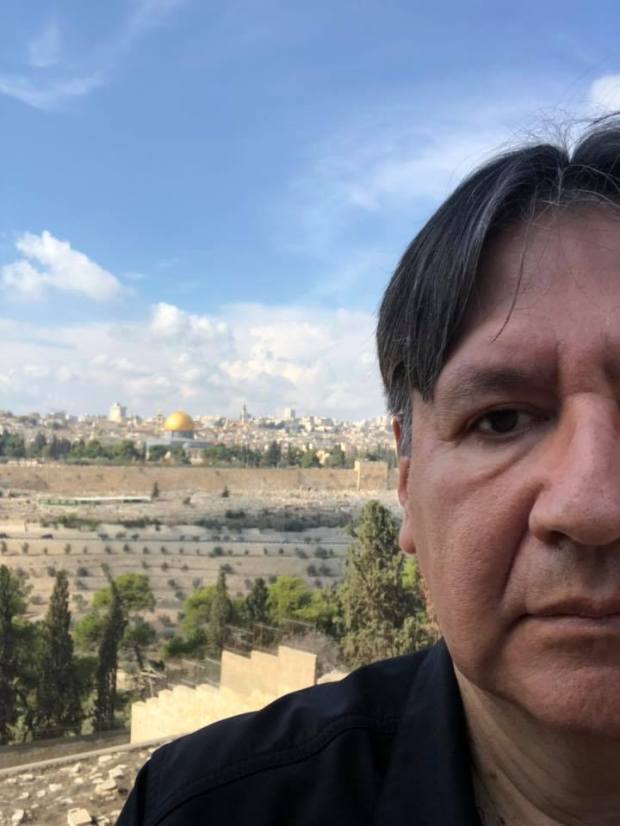 Adrian Jacobs, a 62 year old indigenous person returned to Israel/Palestine on a tour organized by the United Church of Canada 25 years after his first trip in 1992. In his thank you letter to the organizers he indicated he now has a different impression. Read more… 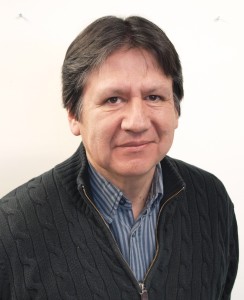 In November 2018 Indigenous leader Adrian Jacobs took part in a two week pilgrimage to Palestine/Israel to visit partners of the United Church of Canada, to listen to the stories of Palestinians and Jewish Israelis and to visit a few key religious sites. The trips have been an annual event for several years.

“One of our perspectives is the parallel between the impacts of colonialism in Canada and in Palestine,” says Reverend Marianna Harris one of the trip’s organizers.  “We integrate spiritual practices/reflection into our daily itineraries as well as de-briefing most nights.”

After returning to Canada, Mr. Jacobs wrote this thank you note to co-organizers Marianna Harris and George Bartlett.

I was very happy to be involved in the Come and See tour to Israel/Palestine October 31 to November 10, 2018 and to compare my experience of traveling to Israel in 1992. Then I traveled with younger Indigenous Christian leaders from Alaska, Canada, United States, Guatemala, Panama and Peru. I realize now that I heard zero about the Palestinian people and with our Jewish female tour guide we got the Israeli story only. 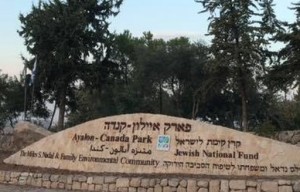 One of the many sites they visited – the infamous “Canada Park” partially paid for by Canadian taxpayers. The park  hides the remains of 3 Palestinian villages demolished by the Israeli army in 1967

I was especially pleased to know that Canadian organizers George Bartlett and Mariana Harris had extensive experience in Israel/Palestine and arranged a very compelling and insightful engagement with Palestinian and Israeli allies. With so many people relating their experiences from varying times and contexts we could see that this story of oppression was not isolated or exceptions to the rule. As an Indigenous person in Canada I could relate over and over to the experiences of the Palestinian people and the tactics of colonial oppression.

“As an Indigenous person in Canada I could relate over and over to the experiences of the Palestinian people and the tactics of colonial oppression.”

I have had the opportunity to share experiences with Sandy-Saulteaux Spiritual Centre staff and board members, family and friends so far. I have shared a video diary on Facebook with friends and colleagues across Canada and the United States. I shared a bit of my story at my class at Canadian Mennonite University in Winnipeg this past Friday and at Cloverdale United Church here in rural Manitoba this past Sunday. I look forward to sharing my experience more fully with students of a class at Providence University College and our SSSC ministry training students in January, 2019.

Thank you for providing this bursary to enable me to go on this trip. I am a richer and more equipped educator due to this. My only regret is that we did not find a SSSC student in time to be able to come on this trip with me. A number of our students were in Arizona and New Mexico on a Global Awareness/Contextual Theology trip with our Keeper of the Learning Circle when we were in Israel/Palestine.

I told George and Marianna that it would be good to have an Indigenous person in an influential position to accompany them in the future. Come and See went beyond what I was expecting and am so happy with this.

Keeper of the Circle

CORRECTION: In my original article Mr. Jacobs was misidentified as a “Saulteaux” person. In fact, he is a Cayuga Nation of the Six Nations Haudenosaunee Confederacy in Southern Ontario. He lives as guest in Treaty One Anishinaabe territory in his work as Keeper of the Circle at Sandy-Saulteaux Spiritual Centre. My apologies – PL.

Canada Talks Israel Palestine (CTIP) thinks that the best way to get a clear idea about what is happening in Israel/Palestine is to go see for yourself. Talk to Israelis. Talk to Palestinians. Talk to international observers. Visit Palestinian villages. Visit some Jewish towns in Israel. Make up your own mind. And then tell your friends what you saw, heard and think. CTIP accepts guest columnists and encourages brief comments (under 100 words) from serious readers. To learn more about what we do, contact us at chair.ctip@gmail.com.