Canada is the world’s third largest exporter of drones, after Israel and the USA. Israeli drones, including some with Canadian technology, now regularly fly over Gaza day and night. Their constant buzzing is a reminder to everyone that the Israeli military is watching. Armed drones have the ability to assassinate at will. Nobody knows when or where they will attack. Read this letter to Canadians from our Gaza correspondent….

This is the second in a series of letters to Canadians written by Ahmed Alnaouq, a young Palestinian trapped in the nightmare of Gaza. His first letter, published a few weeks ago, invited Canadians to visit him in Gaza. In this letter, he talks about how Israeli drones keep him and his friends awake with their whine and implicit threat of impending death.

He calls it “Letter to a drone”.

I didn’t want to write you this letter, but I was provoked—you could say I was driven to it – by your incessant nagging, keeping us up all night long. I remember when I saw you for the first time. You were terrifying—tiny, but terrifying nonetheless. It was just days after the launch of what would become a 21-day assault on Gaza in 2014. When I heard your low, persistent whine, I had no idea what you were. Your sound alone caused chills to go up and down my spine. Then, seeing your sleek, silvery shape in the sky filled me with wonder and fear. 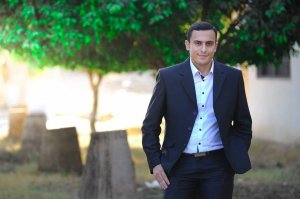 I know you aren’t human, but you are controlled by one. We have seen in the news that the people who control you sip wine or coffee while they shoot us leisurely and remotely. When I first saw the pictures, it looked like the soldiers were only playing games. The handle they use to control you looks just like the joystick for a video game. It’s indeed like they are playing, and we are the game pieces they destroy.

Rumors circulated wildly after your first visit. People said you are the most dangerous war machine ever invented. Some said you can read our minds and when we dream of freedom, you’ll shoot. Comedians said you can see into our very homes, closely enough that you can tell if we are eating fresh or frozen meat at our meals.

I apologize for these inhospitable reactions of some of my people. I know you are pissed at my friends on Facebook, who have been writing sarcastic posts about you all evening long as you settle in to spend the night with us:

But let’s be honest; they are fed up. And so am I. You’ve been hovering over our heads for more than 15 days now.

(If you want to know what its like for us to look up in the black sky and hear you, click here.)

Israel markets its drones which fly over Gaza as “battle proven”.

We are fed up because you haven’t just destroyed many of our homes, but you also haunt our dreams.

We’re fed up because you killed more than 900 Gazans since 2008, including my brother and five close friends.

We’re fed up because people all over the world sleep to the ordinary sounds of car horns and trains passing, while we try to sleep with your unpleasant buzzing—and with one foot almost out of the bed, ready to flee.

We’re fed up because you don’t limit your buzzing to wartime only; you’re with us even during so-called “peace.” You think it’s your job to watch us 24/7. We need some privacy, some rest.

We are all fed up. Tonight, we’ve forgotten about our dreams of traveling, of having a good job, of receiving visitors like residents of normal countries. Tonight, we want only one thing: Just leave us and let us have a peaceful sleep. Let us dream of blue skies without your shadow, of birds singing without your whining chorus. Let us dream tonight, even if you kill us tomorrow.

Is there any drug good for a drone headache?

My dear drone, I am trying to sleep, so please stop buzzing in my brain.

Ahmed Alnaouq is Gaza Project Manager of We are Not Numbers, (WANN) where an earlier version of this letter first appeared. WANN is a writing project aimed at bringing young Palestinian voices to the world.