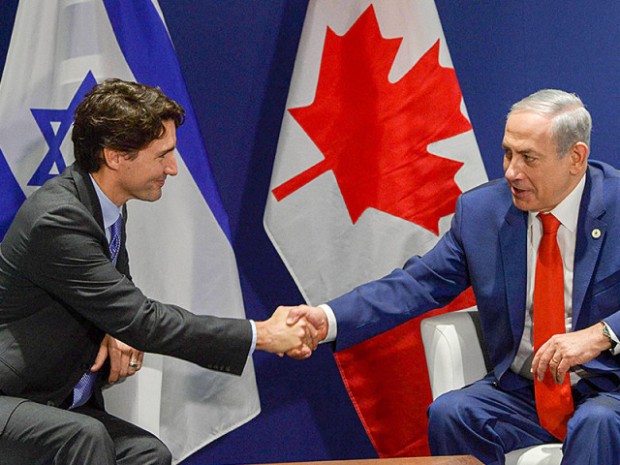 In diplomacy, words matter. After saying for years that Canada was an “ally” of Israel, that terminology was quietly dropped last month. We now say Canada is a “friend of Israel, and a friend to the Palestinian people”. That sounds balanced. CTIP’s research department has discovered some of the ways Canada puts that apparently “balanced” statement into practice. Read more…

At a recent meeting with the Toronto Jewish community, Deborah Lyons, Canada’s Ambassador to Israel explained that she had direct instructions from Prime Minister Trudeau to actively promote Israel. Her surprising – and frank – speech was captured in a remarkable series of videos by Dimitri Lascaris of Canadians for Justice and Peace in the Middle East (CJPME.)

Ambassador Lyons told the crowd that Justin Trudeau has directed her to “expand, broaden and deepen” the Canada-Israel relationship and to make it “stronger, stronger and stronger.”

There was no mention of any effort to improve relations with Palestinians, however.

Based on a review of reliable news reports and official government of Canada documents, CTIP’s research department has compiled a preliminary list of 27 activities/positions of the Trudeau government which are aimed to support Israel and actively undermine Palestinian aspirations. A quick scan of the list gives an insight into what Canada’s new official formulation “friend of Israel, and friend to the Palestinian people” means in practice.