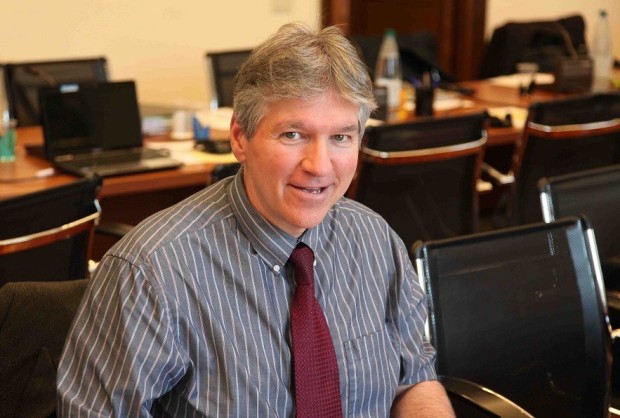 Carl Hétu is the Executive Director of the Catholic Near East Welfare Association (CNEWA).  He has organized and led official visits of Roman Catholic Bishops to Israel, West Bank and Gaza. On March 22, he will discuss why and how the attitude of the Church on the Israel/Palestine issue is evolving. ….

Thirty eight percent of Canadians have been baptized as the Roman Catholics. The Catholic Church is one of Canada’s most important religious institutions.  It is also an important political institution. The views of its cardinals, bishops, priests and sisters are listened to. The church appears to be of two minds on the Israel/Palestine question. Powerful conservative voices are still of the opinion that the Church should not get involved in the struggle for human rights in the Holy Land. However, there are signs that church opinion is evolving on the issue and the current Holy Father has shown more concern for the Palestinians than his predecessors did.

Carl Hétu is the Executive Director of the Catholic Near East Welfare Association (CNEWA). Over the last decade, he has organized (and accompanied) many trips for Roman Catholic Bishops from around the world to visit Israel and the occupied Palestinian territories, including Gaza. On the ground and at various levels of the Church hierarchy, in Canada and in Rome, he has seen first hand a slow but steady evolution in the Church toward taking a firmer stand for human rights for Palestinians. Mr. Hétu will discuss some of the contradictory pressures inside today’s Church.