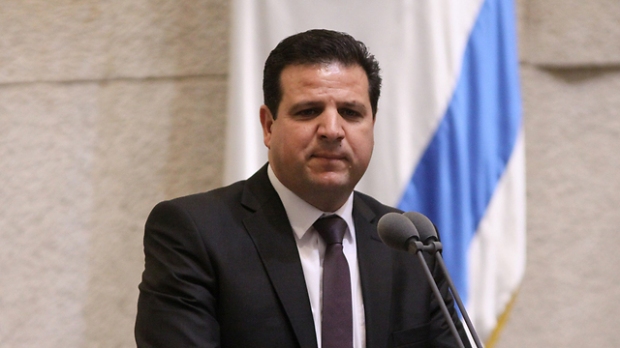 Ayman Odeh, the soft spoken Palestinian Israeli who is the leader of the “Arab Joint List” in the Israeli Knesset (parliament) was shot by police during a demonstration in Southern Israel. He was hit by at least one rubber coated bullet and perhaps another one which struck his head. Odeh was treated in hospital and later released. Odeh was in Canada last year for meetings with Canadian Parliamentarians. Read more.

Joint list leader Aymen Odeh was injured early Wednesday morning while participating in protests against the demolition of the Bedouin village Umm al-Hiran in southern Israel. Israel claims the village is “illegal” and wants it demolished. The Bedouins counter that they have been living there since 1956, without any public services and want it recognized by Israel.

The protesters claim Odeh was hit in the head by a rubber coated bullet. Israeli police claim that Odeh’s head injury was caused by stones that were thrown by protestors.

Odeh does not have the reputation of a hothead. In fact, his maiden speech in the Knesset was compared by many Israelis to Martin Luther King’s famous “I have a dream” speech.

While he was in Ottawa last April, he met many Members of Parliament, as well as members of Ottawa’s Palestinian and Jewish communities. “Odeh is serious, focused and warm,” wrote Mira Sucharov, a professor at Carleton University and a prominent member of the Ottawa Jewish community after a short meeting at a local Tim Horton’s. Odeh is not very fluent in English so the two of them talked in Hebrew, his second language.

“His message is simple and compelling: extend equality and deepen democracy in Israel. He is troubled by the discrimination he sees as rampant. There is the disparate school funding issue. There is the fact there are hundreds of towns and villages from which Arab residents are effectively barred due to vague “social suitability” criteria. There are the dozens of unrecognized villages in the Negev”, Sucharov later in the Canadian Jewish News.

As it turns out, defending one of those “unrecognized Bedouin villages” in the Negev was what brought Odeh to the demonstration at Umm-al-Hiran. Odeh was responding to an emergency call from Bedouin citizens of Israel whose homes are being destroyed in order to make way for new Jewish towns in the Negev desert, a process called the “Judaization of the Negev.”

He and several other Palestinian members of the Israeli Knesset (or parliament) attended the demonstration. A short video by the bedouins’ legal defence team makes the contrast between the existing “unrecognized” bedouin village and the plans of the Jewish settlers to build a new Jewish town in its place.

The struggle to save Bedouin villages from destruction has become increasingly violent in the last few weeks. Two demonstrators and one Israeli policeman have been killed already.

A picture worth a thousand words 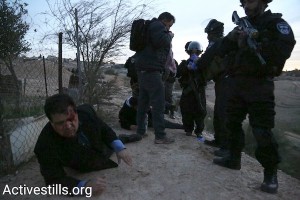 In a scathing article, journalist Jonathan Cook wrote that the image of Ayman Odeh, a member of the Israeli parliament, the head of the Joint List, the third largest party in the parliament, and the highest-ranking Palestinian politician in Israel lying wounded in the dirt as Israeli police stand by “conveys the situation of Palestinians – Palestinian citizens of Israel – more completely than any words“.

Israel’s justice minister Ayelet Shaked blamed the violence on “incitement by Arab MKs and extreme leftist groups.”  “There are Arab Knesset Members who work for their public and do a good job in the Knesset, and some, unfortunately such as the chairman of their party, Ayman Odeh, who who lie and incite [against Israel]” Shaked declared.

It would be hard for Canadians to imagine the impact if a prominent parliamentarian like Thomas Mulcair or Elizabeth May had been shot by police while participating in a demonstration in Canada.

“Raise the issue, but lower the temperature”

Canada Talks Israel Palestine (CTIP) aims to promote a serious discussion in Canada about the complicated and emotional Israel/Palestine issue and Canada’s policy toward it. We encourage all readers, including Canadian Jews who describe themselves as Zionists, to join in the conversation. Please use the “reply” function to express disagreement on any point. To submit an article, make a donation or learn more about what we do, contact us at: membership.ctip@gmail.com.