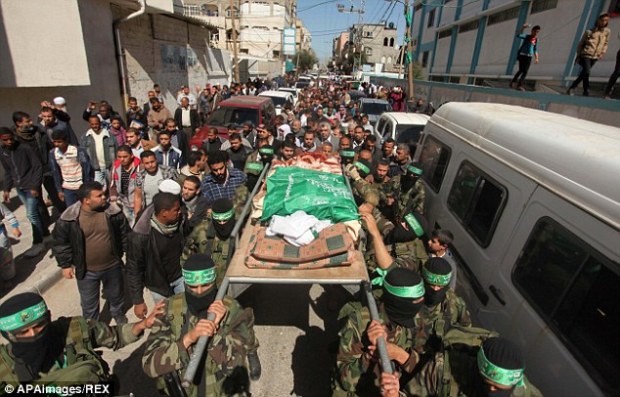 Thousands took to the streets of Gaza last week to commemorate the death of Hamad al-Hazanat, one of the co-founders of Hamas. Why would they do that? Are they all crazed “Jew hating Muslims” as one internet site had it?

Few Canadians approve of what Israel did to Gaza last summer, but they are also very wary of Hamas, which is the government in Gaza. Hamas was created in 1987 as the Islamic Resistance Movement. It handily won elections in 2006 that a report to the UK parliament described as “free and fair”. But the Canadian government, like the USA and Australia, officially lists Hamas as a “terrorist” organization, (though two months ago a European court decided to take Hamas off that list.)

As a result, it is very difficult for Canadian journalists to talk to Hamas, and our view is mostly shaped by second hand sources – often Israeli – which have a negative view of the organization. So its hard for many Canadians to understand why Gazans would support Hamas, much less why they would come out in their thousands to mourn the death of one of its founders.

But a short article by Ramzy Baroud, an internationally syndicated columnist, gives some fascinating insights into al-Hazanat’s character and into the reasons why so many Palestinians respected him. Baroud remembers al-Hazanat as his geography teacher in a UN school in Gaza.The article helps understand why al-Hazanat and his family became political militants.

“When stacked in the right order, historical circumstances could turn a kindly geography teacher into what the Daily Mail describes as a “cofounder of a terrorist group”.  – Ramzy Baroud

Baroud is currently completing his PhD studies at the University of Exeter. His latest book is My Father Was a Freedom Fighter: Gaza’s Untold Story (Pluto Press, London).