I was asked by a friend if she could use my blog as a platform to offer her apology, as a Canadian Jew, to Gazans and Palestinians, for what Israel is doing to them in the name of Judaism. I am honoured to oblige. See her moving text below. 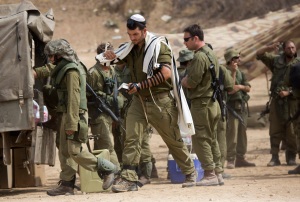 I am posting on Peter’s blog as a woman of Jewish heritage and ethnicity, born and raised Jewish in a small southern Ontario town. Both my father’s family and my mother’s family originated in eastern Europe and emigrated to Canada before the Nazis came to power in Germany. Our family observed the orthodox form of the faith guided by my paternal grandfather’s devotion; my maternal grandfather, largely non-religious, influenced us with his total commitment to the Zionist agenda.

As a child, after regular school three times a week, I went to ‘Jewish school’ to learn to read Torah and study about our history; I was imbued with a passion for the existence of Israel and its survival amidst all the hostile Arab countries. I donated a portion of my meagre pennies to buying ‘trees’ to be planted in Galilee. We were taught that the Palestinians and Arabs were our sworn enemies, out to destroy the promise of Israel.

As an adult I withdrew from the faith. However I have maintained my sense of heritage and culture, self-identifying as Jewish. I now find myself deeply troubled by the suffering of the Palestinians in the West Bank, particularly in Gaza.

After 9/11 I joined a group called Potlucks For Peace (P4P), a dialogue group made up of a number of brave, curious, intelligent members of the Ottawa Jewish Community and some very courageous, open, thoughtful, and delightful Arab/Egyptian/Palestinian Muslims and Christians. We met once a month for a potluck dinner and conversation about what was going on in the Middle East. Over the months and years that we met, some of the Arab/Muslim folks became my friends and I now see them as my sisters and my brothers…my closest friends in Ottawa.

My experiences with P4P changed my life as a Jewish person…altered and shifted my entire belief system about the M-E, Israel, the situation of the Palestinians, and the role of the Israelis and its North American Jewish supporters.

Now I believe that there is little if any intention by the Israeli state to support a Palestinian state that has total equality with all other states in the world, especially with Israel. I now believe that what has been done by Israel and supported by western Jewry is a travesty and perhaps even a crime against humanity. I now believe this travesty is being committed by those who have become blinded by their own vision and passion and they are incapable of viewing the Palestinians as equals with all the same basic human rights of all peoples and all individuals.

I now understand that the very things that I want for the Israelis–safety and security for their country and citizens, freedom, the right to govern themselves as they see fit, opportunities for personal and national successes, health care, education etc–I must as a world citizen demand for the Palestinians (and by the same token, for all peoples on this planet).

It is in this context that I have watched with horror, despair and shame the misery that has been visited on Gaza over the past years and the devastation of the past too many weeks. On my own behalf I have apologized to my 2 Palestinian friends, as a Jew and as a member of the world community….they have responded very kindly and warmly to me. However that is not enough…it seems to me. Consequently…

I wish to apologize to Gazans in particular and to the Palestinian West Bank community for what is taking place on your land…as a Jewish individual I am so sorry for your suffering and despair and I’m ashamed of whatever complicity I might have…and I do have some. Please forgive us…sometime.

There are a significant number of Jews in North America (and in Israel) who feel similarly to the way I feel. There are much more who will find my comments repugnant and charge me with being a ‘self-hating Jew’. I’ve already been labelled a self-hating Jew by some Zionist Israelis…there is no need for more of this…More hatred will simply breed more hatred. To paraphrase others much wiser than I:

I CHOOSE NEVER TO HATE!!