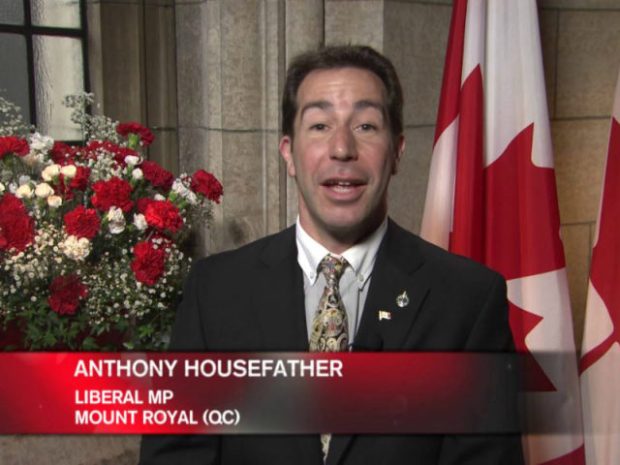 Anthony Housefather, a Liberal MP, is the Chairman of the House of Commons Standing Committee on Justice and Human Rights, and is also chair of the pro-Israel caucus in Parliament called “The Canada Israel Parliamentary Group”. He recently wrote an article explaining how the Trudeau government is much more pro-Israel than the Harper government was before it. Read more.

In a recent article, Liberal MP Anthony Housefeather explained to readers of  Canadian Jewish News how his government has had “Israel’s back” since it was elected. “We stated (…) that if elected we would work tirelessly to have Israel’s back and advocate for Canada’s Jewish community. Three years later let’s look at our record.”, he invited his readers.

Housefeather explained that he had asked researchers at the Library of Parliament to compare Canada’s voting record at the UN General Assembly, under each successive Canadian government since 1984, on “votes that singled out Israel for condemnation,” and to compare Canada’s record on these resolutions under the current Trudeau government with 10 other large countries: the US, UK, Australia, New Zealand, Germany, France, Italy, Japan, Russia and China.

It proved, he said, that the Trudeau government is “more supportive of Israel” at the UN compared to previous Canadian governments and to other large countries.

“The (current) Trudeau government’s record is by far the best. We have voted against 87% of the resolutions singling out Israel for condemnation at the General Assembly versus 61% for the Harper government, 19% for the Martin and Mulroney governments and 3% for the Chrétien government. ”

In addition to his own study, Mr. Housefather might have found a recent CTIP post to be of use.  Our research department identified 27 examples of where Canada supported Israel to the detriment of the Palestinian people. It led us to the same conclusion as Mr. Housefather – that the Trudeau Liberals, while claiming to be a “friend of the Palestinian people”, were doing something quite different.

Interesting fact: Almost 1/5 of Canada’s MP’s and Senators (92 out of 443) belong to the pro-Israel group called the Canada Israel Parliamentary Friendship group. In addition to Liberals, there are many NDP and Conservative members (but no Green or BQ members.)