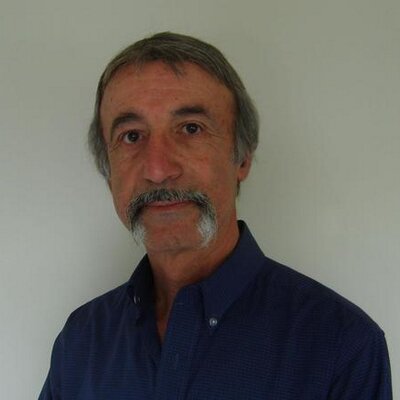 Jake Javanshir is a member of the Unitarian Congregation in Toronto. In 1970 as a young man he left Israel for Canada. Last June he returned for the first time to visit family and look around. On returning, he wrote a report on his thoughts and observations for fellow members of Canadian Unitarians for Social Justice (CUSJ).  With his permission, it is reprinted below. Read more.

I was born in a Jewish family in Iran. In 1950 my family emigrated to Israel, due to Zionist propaganda “To come to the land of milk and honey”, ( it turned out to be the land of discrimination instead). Last June, I went to Israel for 10 days, (mostly because my sister and two brothers kept asking me to). They with their children and grand children live in the central area of Israel, in a few thriving towns and cities, which 50 to 100 years ago either were not there or were simple villages.

As one lands in the huge and modern airport and drives out, one can feel and see the riches overall. From roads, boulevards,  villas, hi rise buildings, shops and malls, (including country clubs), with many villas and condos priced over a million dollars.

An extreme example, units in a new hi rise building in Tel-Aviv are priced for the equivalent of between seven to twenty million Canadian dollars.

Of course this is not the same in all areas of the country, but it is reflective of the overall situation and how prosperous the country is.

Needless to say that this is not the same in the Israeli Palestinian towns I visited such as Acre and the Palestinian part of Nazareth, where neglect is visible.

The general atmosphere among the Jewish Israelis, is one of living the high life. The dominant preoccupation is: which country next to travel to, which new foods and restaurants to eat and visit. These are talked about and discussed among the people, in newspapers and T.V. more than anywhere else that I know. As far as I know, Israelis are the highest travelers per capita in the world.

All the above is the result of hundreds of billions of dollars given in time by the world, including  all the support of the economy in hundreds of ways. These in time resulted in building and development and establishing a robust economy, especially in High tech, agriculture and weapons manufacturing.

Something else to keep in mind is that if Israel stopped the occupation and did peace with the Palestinians, most likely there will be a decrease in the billions which pour in, since “national security and imminent danger”, won’t be one the top fund raisers. A few reasons why Israel has no incentive to do peace.

In regard to West Bank and Gaza, my observation was that Israelis do not know what’s going on and really don’t care. The atmosphere is one of living the high life, while by propaganda and brain washing, they feel they are being victimized. Basically what most Israelis know about the past and what’s happening today, is very limited. The new generations know next to nothing about the past.

I noticed that little of what’s happening in the occupied territories is reported to the public and what is reported, in most cases is distorted or outright lies. One night on T.V. a reporter near Gaza was reporting on the situation. Repeatedly mentioning Hamas and saying that thousands were damaging the fence and throwing bombs on Israel all the while the picture on the back ground showing Gazans in a field just standing around, neither throwing bombs or damaging the fence.

In discussion with my sister and brother I mentioned a few recent laws or atrocities against Palestinians, but they knew very little about them.

When I mentioned house demolitions, my sister “corrected” me. “We purchased those homes and paid full price, but when they have to be vacated, the Palestinians refuse to leave.” Or another comment: Which army in the world is acting so humanly as the Israeli army. (this was in regard to Ahed Tamimi).

I noticed that coverage and explanations of the situation are totally distorted. “Nationalism”, is everywhere. Flags everywhere. Talks re pride everywhere.

I saw groups of young Jews from around the world everywhere. They come for 2 weeks, all paid for. Part of brain washing).

A question and an answer

One CUSJ member queried Javanshir on why he left Israel and why his views are so different from most Israelis.

You present an interesting report.  Not all Israelis hold the common view you describe, however.  You, for example, left Israel having become soured with the situation.  It would be interesting to know why you and some others come to a very different point of view.  In your case, relative to your siblings.  Any chance you could enlighten us?

Here is his answer:

Thank you for asking for further clarification. It gives me the opportunity to add a few more points and a better perspective.

I left Israel by myself for Canada 48 years ago (1970), after serving in the army and working for a short few years. I did not leave due to the situation at hand. In those days the meanness of the successive Israeli policy makers and their true agenda was not known. Everyone assumed that we’ll have to return almost all of the occupied territories. The brutality which developed with time was not yet evident. No one envisioned what is happening today and that the Golan Heights will be annexed and much of West Bank will be taken over and about 800,000 violent settlers will settle in West Bank. It all happened in slow motion, as Israel went a bit further and the world did not act, this emboldened them more, and on, and on….

In those days the main topics of discussion among people, (including my friends), was endlessly praising of the army, as they were doing some small and show off incursions in neighboring countries, killing some and damaging properties. Moshe Dyan – the army chief, once said about the general who was in charge of the north of Israel: “At times when he was bored, he’ll fire a few bullets into Lebanon, once there was a response, that was a good reason for incursion.”

Another topic was endless talks re “religion”. Seculars against religious ones.

A third topic was “ethnic jokes and put downs”, all times everywhere.

An aspect of daily life in Israel at that time was, (and still is to lesser extent), ethnic discrimination by the European Jews toward Middle Eastern Jews. Now adays it’s more severe toward darker skins like Ethiopian Jews. Not to mention todays treatment of the asylum seekers refugees, which is absolute inhumane. (Their crime is that they are not Jews, not white and poor).

Corruption of the higher echelons, government and the army, was becoming more and more apparent.

By the way, corruption was and is prevalent in Israel. When I was there recently, ten city mayors were under investigation or arrested for corruption, mainly bribes from builders. It is a main topic of discussions, specially Netanyahu and his wife (perhaps due to too much money to go around).

All of the above made me fed up and curious to see if it’s the same in other countries. That’s the main reason I left, just needed a short break.

At that time all I knew, like almost all Israelis, (with the exception of the ones who actually participated in the atrocities prior to 1948 and in 1948), that European Jews came to Palestine to live side by side with the locals, but the Palestinians did not want them and five Arab countries attacked the almost defenseless Jews. Somehow, (by Gods miracle or more accurately by the sword), the Jews managed to get the upper hand. The propaganda and lies started already in the beginning of 1900.

Later here in Canada, hearing, reading and seeing a couple of documentaries, I realized that there was nothing further from the truth in the stories we were told.

In regard to why people like me are going against the majority, perhaps like all activists around the world who fight against injustices, (example CUSJ members), we are more sensitive  and willing to fight, even if it’s harming us at times.

In reference to Jews in general, a phenomena took hold that a Jew can not and should not act or talk against Israel. I believe that it’s the product of decades of propaganda and decades of dehumanization of the Palestinians, similar to Nazi Germany. Instead of rational discussion, a few slogans are always thrown at any one who is not a supporter. Holocaust, anti- semitism, Jew haters,  self hating Jews etc. The most ironic one that often thrown at me and others is: “You idiot, learn something before you open your mouth, you know nothing.”

As an example of my family, almost all are Zionists with the exception of one brother. It’s due to propaganda, cover ups, not knowing much about the truth, being selfish as life is good for them, the ideology that it’s us against the world and it’s generally much easier to go along than against.

Many Jewish activists including myself, have some members of their families who cut off all relations with them.

Of course, there are a lot of Jews who do not like what’s going on, but are silent due to obvious reasons. And a minority of the more educated Israelis who read the Haaretz newspaper, are against.

Many young Israelis have left and many more are leaving Israel due to not liking the situation.

There are many Israeli noble activists who document all the injustices, much to the detriment to their well being, like being attacked, called traitors or not being able to get employment etc.

Just a clarification from my previous email, where I emphasized the riches in Israel. What I said is true to the region of Tel-Aviv and all surrounding cities. The northern parts are also prospering. The south parts not much, that’s where mostly Oriental Jews live and in particular Ethiopians.

* One of first books about the subject written by an Israeli historian Ilan Pappe-“The Ethnic Cleansing of Palestine”, revealed the truths of what happened in Palestine in 1947 and 1948, was instrumental to many people, (including myself), to open their eyes. He left Israel due to threats to his and his children lives and teaching for many years in Exeter University in UK.

Don,  thank you. I welcome any opposing or different views.

Canada Talks Israel Palestine (CTIP) aims to promote a serious discussion in Canada about the complicated and emotional Israel/Palestine issue. We accept guest columnists from time and encourage brief comments (under 100 words) from serious readers. To learn more about what we do, contact us at membership.ctip@gmail.com.