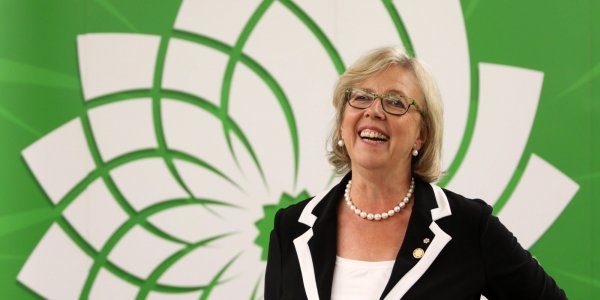 Some of Canada’s pro-Israel lobby groups are panicked by resolutions that will be considered by the Green Party of Canada (GPC) at its annual convention in August. They have launched a fierce attack on its leader Elizabeth May. What are they so upset about?  Read more.

Two of Canada’s most visible pro-Israel lobby groups have gone into overdrive to try to head off two Green Party resolutions critical of Israel.

The resolutions have been prepared by party activists and will be considered at the Green Party annual convention. One resolution supports a boycott of Israel (BDS) over its human rights violations. The other calls on the Government of Canada to remove the charity status of the Jewish National Fund of Canada, an organization which collects money  in Canada for projects in Israel.

In panic mode, The Centre for Israel and Jewish Affairs (CIJA) has asked its supporters to send emails to the Green Party protesting the motion calling for a lifting of the charitable status of the Jewish National Fund of Canada, which it characterizes as “one of the world’s most successful environmental charities”.

However, the resolution on the JNF submitted to the Green Party convention argues that that while the JNF presents itself to the world as a green environmental organization, one of its main activities has been to use environmental projects to cover up evidence of destroyed Palestinian villages. In addition, it points out that the JNF is highly discriminatory, holding land in trust for Jews but not for the non-Jewish citizens of Israel. 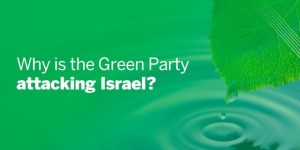 CIJA sent a panicky message to its Jewish supporters. It subtly attributes a whiff of “anti-semitism” to the resolution on the Jewish National Fund

The broadside from CIJA was aggressively echoed by another pro-Israel organization – Bnai Brith – which attacked the Green Party accusing its leader Elizabeth May of allowing Independent Jewish Voices Canada (IJV) to “dictate” GPC foreign policy.

In support of this allegation he claimed that “The anti-JNF motion was submitted by Corey Levine, an IJV Steering Committee member from British Columbia (…)  explicitly relying upon so-called research conducted by IJV.”

However, according to Tyler Levitan, Campaigns coordinator for IJV Canada, Bnai Brith’s allegations have no substance.

“This is entirely a Green Party matter, and IJV has played absolutely no role in either promoting the JNF or the BDS resolutions submitted to the Green Party convention. We do, of course, support these initiatives, however.”

Nonetheless, the CIJA/Bnai Brith campaigns seem to have been effective in mobilizing its base. According to a subsequent email sent out by Elizabeth May, she has received “thousands” of complaints from the Jewish community.

In the email, May seems defensive, arguing that she has no control over the resolutions coming to the convention. May also reiterates GPC policy opposing BDS and indicates that she personally finds the resolution against the JNF “problematic”.

Is this a victory or a defeat for the Israel lobby?

Will the two resolutions be adopted by the Green Party in August? Insiders now say that unless there is an equally significant pressure coming from the GPC base in support of the two motions, they will likely not succeed in their current format. Some unhappy GPC members are already preparing for a debate on the floor of the convention.  Canadians for Justice and Peace in the Middle East (CJPME) is encouraging its supporters who are members of the Green Party to support the resolutions.

Intriguingly, Elizabeth May has invited the JNF to attend the GPC convention to defend itself. That will be interesting, especially if she also gives equal time to one of the JNF critics. In that case, hundreds of GPC members will hear serious arguments over JNF and BDS for the first time.

We won’t know until August what happens. But even if both resolutions are defeated (or defanged), this whole episode is a huge defeat and a warning sign for the Israel lobby which for years has avoided any public scrutiny of the JNF.

It would appear that Canada’s  uncritical support for the JNF – and for Israel – is being challenged by ever widening circles in Canada.

Comment? Do you agree that even if the Israel lobby succeeds in derailing the motion this time, the episode represents a setback? Did May handle this well? All comments welcome.