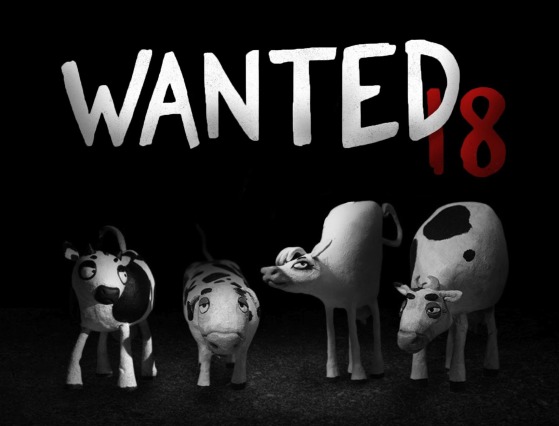 Palestinians are the world champions in innovative forms of peaceful resistance. An animated film co-directed by Canadian Paul Cowan and Palestinian artist Amer Shomali with support from Canada’s National Film Board is coming to Ottawa January 19th. It caused indigestion for the Israeli culture minister. Why? Read more

Israel’s Culture Minister Miri Regev had to create a special task force to decide whether a film about 18 cows – yes, cows – violated Israeli law and could justify cutting the budget of the Tel Aviv Cinematheque, where a film festival was taking place.

“The Wanted 18,” the Palestinian candidate for the Oscar in the category of Best Foreign Film, is an animated documentary that tells a true story about peaceful Palestinian resistance to Israel’s occupation of Palestinian Territories. In 1988, the inhabitants of the small West Bank town of Beit Sahour secretly acquired 18 cows so they wouldn’t have to buy milk from Israeli producers. A kind of a spontaneous boycott. Israel sent in the military to find and destroy the cows which it defined as a “threat to Israel’s security”. 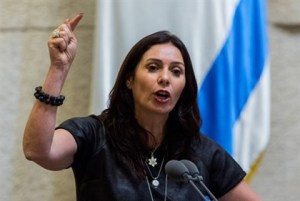 Israel’s Minister of Culture has threatened to cut off funding to the host organization.

The film has been shown around the world, including at Toronto International Film Festival (TIFF).  However, it was to be shown for the first time in Israel at the Nakba film festival this week. The Nakba film festival is sponsored by Zochrot, an Israeli organization that works to raise awareness of the Nakba and promote the right of return. It is celebrating its third year at the Tel Aviv Cinematheque.

Israel’s Budget Foundations Law allows the finance minister to fine an institution that receives money from the government if it has funded a work that “encourages incitement, racism or support of an armed struggle against the State of Israel, or presents Independence Day or the day of the state’s establishment as a day of mourning”.

“I would be curious to know if the culture minister has seen the film,” commented film director Paul Cowan from Montreal.  “I think The Wanted 18’s magic is that both sides can watch it and gain some understanding, or at least have a chuckle.” Cowan will be at the January 19th event.