Of all the ethnic cleansing operations carried out by Jewish militias during the creation of the State of Israel, the massacre of over 100 Palestinians in the village of Deir Yassin on April 9th, 1948 was probably one of the most significant. Why? Read more

The 67th anniversary of the massacre at Deir Yassin, Israel is not likely to be commemorated by Canadian media. In fact, there is no record of it being mentioned in the Canadian media at the time, despite the fact that it was the direct result of the UN plan to partition Palestine, which Canada had voted for barely six months earlier.

Yet the massacre played a key role in the establishment of the Jewish State in 1948, and understanding what happened, and why, is key to understanding the creation of the State of Israel. It’s significance lies in 3 main areas:

Deir Yassin, 5 km west of the Old City of Jerusalem, was inside what the UN proposed to be the “internationalized city’ (red line). Jewish militias ignored the UN plan and expelled Palestinians from the blue areas. Their houses were confiscated and given over to Jewish immigrants.

First, the massacre allowed Jewish forces to take over part of Jerusalem. Under the UN partition plan, the area around Jerusalem, was not to be part of Israel, but under international control. The massacre at Deir Yassin created panic among Palestinian villagers around Jerusalem. They saw that the British, who were still nominally in control, would not protect them. Many frightened Palestinians fled away towards Jordan, leaving their houses and their belongings behind. Jewish forces cleaned the area of Arabs, and incorporated a large part of Jerusalem (West Jerusalem – in blue on the map) into the new State of Israel.

Second, the Deir Yassin massacre was carried out a month before Israel’s declaration of Independence. Jewish forces had begun cleansing Palestine of its non-Jewish inhabitants starting the day after the UN vote on partition in November 1947. The massacre took place on April 9th, 1948, while the British were still officially in control. A  month later, on May 15th, the British left and Israel declared its independence. By that time over 400,000 Palestinian refugees had already fled and Israel kept expanding eastward. The next day neighbouring Arab countries counterattacked. 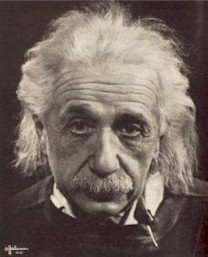 Albert Einstein and Hannah Arendt were two of many famous Jewish intellectuals who were shocked by the Deir Yassin massacre carried out by Menachem Begin.

Thirdly, the massacre was carried out by “independent” Jewish militias under the leadership of Menachem Begin, but not the direct orders of Ben Gurion and the Jewish Agency. This allowed Ben Gurion to disclaim any responsibility and even offer his apology to the King of Jordan. (It was not accepted.) But despite his formal apology, Ben Gurion would not allow the Palestinians who had fled to return to Jerusalem. They remained expelled and all their homes and property were confiscated without compensation.

The Deir Yassin massacre outraged many Jews at the time. The day after the massacre, Albert Einstein wrote a letter of protest to Ben Gurion. Six months later, Einstein and Hannah Arendt and many others were signatories to a letter to the New York Times, denouncing Menachem Begin, and warning Americans not to support him.  “It is inconceivable that those who oppose fascism through out the world, if correctly informed as to Mr. Begin’s political record and perspectives, could add their names and support to the movement he represents”, they said in the letter.

The Deir Yassin Massacre has not been forgotten. The Israeli anti-Zionist organization Zochrot is organizing a walk to commemorate the massacre.