“Israel has the right to defend itself and its people. Hamas is a terrorist organization and must cease its rocket attacks immediately”, argued Justin Trudeau in a July 15th statement, echoing both Prime Minister Harper and John Baird. But he ignored the main issue. Why do the Palestinians continue to shoot those ineffective rockets into Israel? Are they crazy? Are they fanatically anti-Semitic? Or is there something that is driving them to do it? See my remarks below. 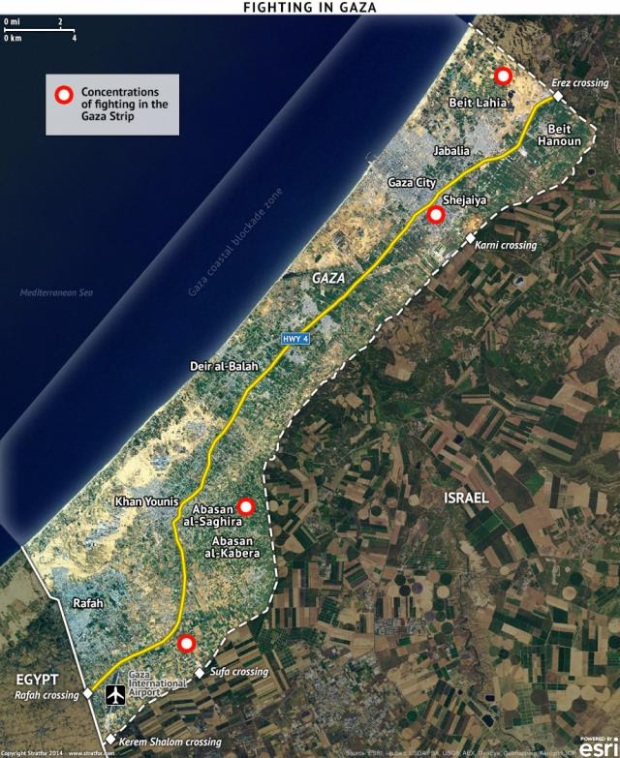 1.8 million Palestinians have been squeezed into the tiny Gaza strip which is surrounded by green farmlands. For the last 65 years, the Palestinians have been caged inside this “outdoor prison” by a concrete wall topped with barbed wire, and guarded by armed Israeli soldiers. From the top floors of their crowded apartment buildings inside water parched Gaza, they can look out over the wall. Using binoculars they can even see Jewish immigrants farming the green fields that were theirs until 1948. It must be a little frustrating…

Remarks made by Peter Larson, Chair, National Education Committee on Israel/Palestine at a rally in favour of Gaza held in Ottawa on July 22

Organized by Independent Jewish Voices and the Association of Palestinian Arab Canadians.

The news from Gaza continues to be appalling. The civilian casualty rate is very high. Over 500 Palestinians have now been killed by Israel’s bombs, helicopter gunships, naval artillery fire, tanks and snipers.

Mr. Harper, Mr. Baird and most recently Mr. Trudeau, justify this by repeating that “Israel has a right to defend itself.”

That sounds right, doesn’t it? Every nation has the right – and even the obligation – to defend itself, and its citizens against attacks by other countries.

If Israel were attacked by Iran, or Egypt, international law would say it has the right to defend itself.

But Iook again. Israel is not being attacked by a foreign power.

What is happening in Gaza is quite different.

The people who live in Gaza are not foreigners. They are Palestinians who come from towns and villages and farms that are today inside Israel. They were inhabitants of an area known for centuries as Palestine. Today that same territory is called Israel.

Those people, or their parents, were forced off their lands by Jewish militias in 1947/48 and crowded into a tiny strip of land near the city of Gaza. Its called the “Gaza Strip”.

They did not leave of their own volition. Some of them left at gunpoint. Others ran away because of scary rumours that their neighbours in the next village had been massacred by Jewish militias.

In total, nearly 100,000 of them fled to Gaza where they thought they were safe. They expected to come back. Many still have the keys to their homes.

But Israel won’t let them come back. They have been trapped in Gaza for 65 years. Now there are more than a million of them, living in misery.

They can’t get out, they can’t go back, and they are desperately poor.

If Israel, with its overwhelming military power, kills every single leader of Hamas, will that solve the problem?

Why? Because it doesn’t address the basic issue: What is the future for the 1 million Palestinian refugees in Gaza?

When those refugees climb up on the 7th or 8th story of their apartment building in Gaza, they can see the farm lands that used to be theirs – on the other side of a wall of concrete and barbed wire.

With binoculars they can see Jewish immigrants from Ukraine, and Russia and Bulgaria and elsewhere, farming the land that used to be theirs.

Even if Israel assassinates all of the Hamas leaders, the Palestinian refugees remain stuck in Gaza, frustrated and angry. And as a result, Hamas, or something else, will come back.

There is only one real solution to this issue.

The blockade of Gaza must end, and the human rights of the Palestinian refugees must be addressed.

Does Israel have a right to defend itself? Against a foreign invasion, international law says yes.

But does the State of Israel have the right
to expel people from their lands, and keep them cooped up in squalour and misery forever?

Does it have the right to continue to massacre anyone who tries to lead a resistance (along with many civilians) every 2 or 3 years to avoid dealing with the basic issue?

On this point, neither international law nor basic human decency, support Israel.