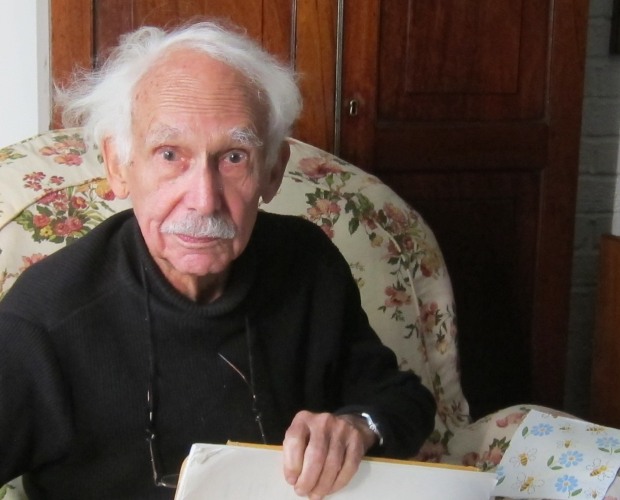 Retired Canadian diplomat Michael Shenstone at home in Ottawa, March 2015. He died peacefully on September 9, 2019, in Toronto. He was 91. His diplomatic career  began in Lebanon in 1954, only 6 years after the creation of the State of Israel. “I visited many refugee camps. It was clear that something terrible, and terribly unfair, had happened to the Palestinians,” he told me. Read more.

It is with great sadness that Canada Talks Israel Palestine learned of the peaceful passing of former Canadian Ambassador Michael Shenstone. Michael was a great source of information and support to me as the founding chair of the Middle East Study Group of the Canadian International Council in Ottawa. He was a passionate defender of human rights. As a civil servant and also in retirement, he argued for a stronger Canadian stance in favour of human rights for Palestinians.

Shenstone was one of the very first Canadian diplomats posted in the Middle East, a task he took on with enthusiasm, heading off for a year of Arabic language training in Lebanon.

I had the opportunity to interview Michael in March 2015 about the early years of his amazing and fascinating career. It became a CTIP post.  We always planned to do a follow up interview, but after he and his wife Susan moved to Toronto, we saw each other less frequently.

A lengthy obituary, covering many aspects of his life appeared in the Saturday, September 14th edition of the Globe and Mail.

Canada Talks Israel Palestine (CTIP) is a weekly newsletter which encourages and promotes a thoughtful discussion among Canadians on the Israel/Palestine issue, including a well informed and sensitive discussion about solutions. CTIP encourages serious people who disagree with any column to make comment. Disagreements respectfully offered are welcome. To learn more about what CTIP does, contact us at chair.ctip@gmail.com.