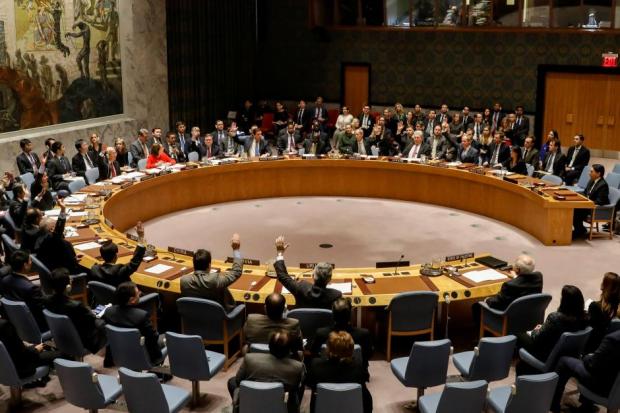 Canada would like to join the UN Security Council, one of the most prestigious and exclusive clubs in the world. To show that it is “back in the game”, Canada has followed UN recommendations to put sanctions on 19 countries. But one particular country seem to continuously avoid our notice, even though it is in breach of many UN resolutions. Read more…

Canada currently applies sanctions against a total of 19 countries. According to the Global Affairs Canada website, “Canadian sanctions are imposed under the United Nations Act (UNA), the Special Economic Measures Act (SEMA) or the Justice for Victims of Corrupt Foreign Officials Act (JVCFOA).”\

Notwithstanding our firm determination to uphold international law however,  a singular absence was recently brought to light by David Kattenburg, in a recent Facebook post.  Israel – which somehow escapes Canada’s list of sanctioned countries.

“Although Canada formally acknowledges that Jewish settlements are illegal under the 4th Geneva Convention (…), and (… } therefore subject to criminal prosecution in Canada”, notes Kattenburg, “Israel is definitely singled out for special treatment.”

Kattenburg is the main organizer of an upcoming symposium in Winnipeg on September 7 – 9 which will focus on Israel/Palestine and international law. Confirmed speakers include lawyers Dimitri Lascaris, Chair of Canadians for Justice and Peace in the Middle East and Michael Lynk, UN special rapporteur on human rights in the occupied Palestinian Territories and US Professor Virginia Tilley,

Canada Talks Israel Palestine (CTIP) aims to promote a serious discussion in Canada about the complicated and emotional Israel/Palestine issue. We accept guest columnists from time and encourage brief comments (under 100 words) from serious readers. To learn more about what we do, contact us at membership.ctip@gmail.com.