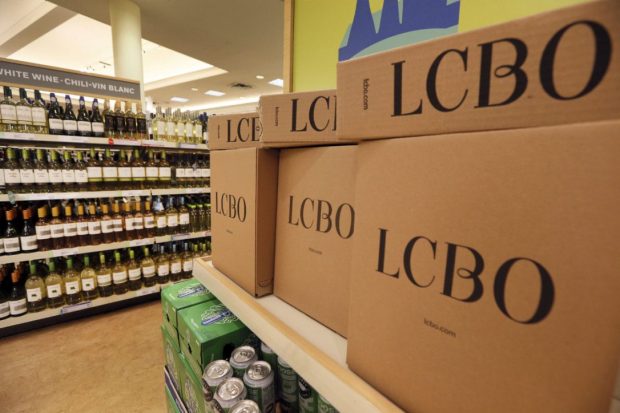 What started as a simple complaint over appropriate labelling of wines from the West Bank now threatens to open up a wider debate over the Canada Israel Free Trade Agreement itself. Read more…

There were probably “high-fives” in the offices of B’nai Brith Canada after Israel appeared to have dodged a bullet a week ago over the issue of West Bank wines. The Canadian Food Inspection Agency had demanded that the Ontario Liquor Control Board stop selling wines produced in the West Bank which were labelled “Product of Israel”. B’nai Brith and others vigorously protested the ruling, arguing that the Canada Israel Free Trade Agreement (CIFTA) allows products from areas Israel controls to be sold as “Product of Israel”. CFIA was embarassed, and quickly reversed its decision.

B’nai Brith eagerly claimed victory, both on its own website and to the media.

But B’nai Brith may be having second thoughts about using the Canada Israel Free Trade Agreement as an argument as it has led others to examine the agreement itself.

“The Canadian government, the CFIA and the LCBO are well within their legal and trade treaty rights to insist that products from the occupied territories be clearly labelled as such. There is nothing in the CIFTA that prevents this,” argues Scott Sinclair a senior research fellow with the Canadian Centre for Policy Alternatives, and director of the Centre’s Trade and Investment Research Project. “The whole trade argument is a red herring, simply an excuse to provide cover for the CFIA to backtrack under pressure”

Even more disturbing for B’nai Brith, there have also been calls for a re-examination of CIFTA itself because it raises a more profound question – can Canadian policy, and our international commitments, be circumvented by CIFTA or any other simple bilateral trade agreement?

Call for a serious re-examination

Back in 2015, there was little substantive debate in Canada when expanding CIFTA was proposed by the Harper government. At the time, supporters of BDS, the movement to boycott Israel, objected to the principle of having a free trade deal with Israel in any event. Not surprisingly their objections were ignored by Harper and by the opposition parties. 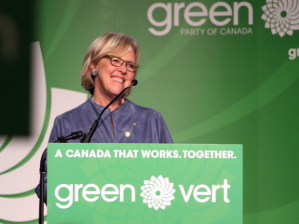 However, the B’nai Brith argument and the recent CFIA flipflop have now caught the attention of some political leaders.  “Canada shouldn’t be granting preferential treatment to products made in settlements that are in clear violation of international law,” says Elizabeth May, Leader of the Green Party of Canada . “The free trade agreement therefore must be changed to reflect this.”

Canada shouldn’t be granting preferential treatment to products made in settlements that are in clear violation of international law. The free trade agreement therefore must be changed to reflect this.

– Elizabeth May, Leader of the Green Party of Canada

This issue will be a tricky one for the Trudeau government and its lawyers. In 2000, Canada incorporated both the Statute of Rome and the Fourth Geneva convention, into domestic Canadian law. Under both statutes the settlements in the West Bank are “war crimes”. This raises the question over whether goods produced by Israeli settlers in the West Bank should be actually considered  as proceeds of crime under existing Canadian law

The Trudeau government is dodging this issue, but how long they will be able to continue isn’t clear. Canada’s willingness to adhere to decisions of the UN will almost certainly be a consideration when Canada makes formal application to join the UN Security Council next year. That body has said that “Israel’s settlements have no legal validity and constitute a flagrant violation of International law”.  It called on all UN member states to “differentiate” between products originating in the Occupied Territories and those coming from Israel, which so far Canada has avoided doing.

Canada Talks Israel Palestine (CTIP) aims to promote a serious discussion in Canada about the complicated and emotional Israel/Palestine issue. If you support our educational mission, why not join? Or make a donation? Or learn more about what we do?  Contact us at membership.ctip@gmail.com.