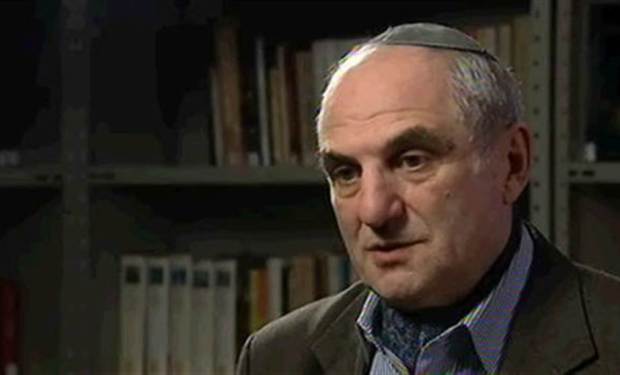 Judaism is a religion that has existed for several thousand years, notes Professor Yakov Rabkin of the University of Montreal. Zionism on the other hand, is a relatively recent political movement which developed in the late 19th century in response to European antisemitism. Zionism depends on antisemitism to survive, he argues. They are two sides of the same coin. Listen to a surprising 7 minute interview. Learn more:

One of the stranger elements of the new right-wing charismatic U.S president has been his complicated relationship to both Israel and Jews.

On the one hand, Trump has presented himself as a big supporter of Israel and the Zionist ideal. On the other hand, in his entourage are many right wingers who are clearly antisemitic. This contradiction has split the US Jewish community, with Trump’s nominee for Ambassador to Israel even attacking the liberal Zionist group J-Street as “worse than concentration camp collaborators”.

However, some scholars note that the apparent contradiction between Zionism and antisemitism might not be as clear as it might seem.

In a recent article in Jewish Forward , Suzanne Schneider argues that “Zionism and Antisemitism have in fact often worked in concert to achieve their shared goal: concentrating Jews in one place (so as to better avoid them in others).”

On November 15th, 2016 Jewish citizens of Ottawa woke up to the frightening news that antisemitic graffiti had been scrawled on the home of an Ottawa rabbi. That was followed by more attacks on a synagogue and a Jewish Community Centre. It seemed for a while like Ottawa was being engulfed in a new wave of antisemitism.

Later, when similar graffiti appeared on a church where a black pastor leads the congregation and also on a mosque, it seemed to point to more general xenophobia rather than an attack specifically directed at Jews.

But those first antisemitic acts did send a wave of fear through the Ottawa Jewish community. To some Jews they seemed to prove that anti-antisemitism is everywhere, just under the surface, confirming the Zionist thesis that Jews can only really be safe in a Jewish state.

In this 7 minute audio interview,  I ask him 4 specific questions:

(NOTE: due to a technical glitch, Dr. Rabkin’s face does not appear, only mine – sorry. But the audio – and his message – is very clear.)

More about Dr. Rabkin can be found in many youtube videos. Here is one of them.