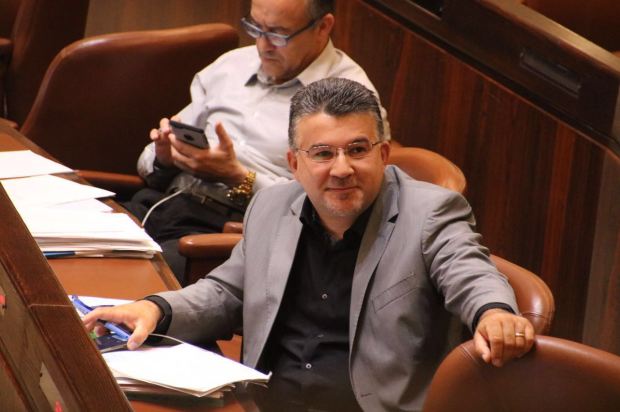 Dr. Yousef Jabareen MK, member of the Israeli Knesset, is one of the new generation of Palestinian leaders.  A Palestinian citizen of Israel, 44 year old Jabareen will be in Ottawa for a week of meetings with Canadian officials, NGOs and other civil society organizations. At his only public event, on Tuesday, October 18th, he will present his “Vision for hope” in the Israeli/Palestinian conflict. Learn more…

There are about 1.5 million Arab citizens of Israel. They are not Jewish but they form about 20% of the Israeli population. They have the right to vote, and are represented in the Israeli Knesset (parliament). Jewish Israelis prefer to call them “Israeli Arabs”, but they usually refer to themselves as “Palestinian citizens of Israel”. (Sometimes the term they use is “Palestinians of ’48,” referring to those who remained in what became the State of Israel in 1948.)

Dr. Jabareen, a human rights lawyer and lecturer, was first elected to the Israeli Knesset in 2015. He is one of the 13 member “Arab Joint list”, which acts in a coordinated way inside the Knesset. (There is also one Jewish member of the Knesset who is part of the list.)  It is not an easy task to represent excluded or alienated citizens. Recently, the Knesset adopted a law that makes it very easy for the (Jewish) majority to expel any Knesset member not seen as sufficiently loyal to the Jewish State of Israel.

A vision for hope

During his week in Ottawa, Dr. Jabareen will have private meetings with Canadian officials, elected politicians, labour leaders, think tanks, academic groups and other NGO’s. He will also have separate meetings with members of Ottawa’s Jewish and Palestinian communities.

He has two objectives on his mind:

Do you want to support the educational work of Canada Talks Israel Palestine (CTIP)? Why not join? Or make a donation? Or learn more about what we do?  Contact us at membership.ctip@gmail.com.